Hyperbole usually carries the force of strong emotion. They exaggerate and stretch the truth (just a bit!). Below are all-time best Hyperbole poems written by famous Poets. These top poems in list format are the best examples of hyperbole poems.

As I Walked Out One Evening
–W.H. Auden

“I’ll love you, dear, I’ll love you
Till China and Africa meet,
And the river jumps over the mountain
And the salmon sing in the street.”

To His Coy Mistress
-Andrew Marvell’s

A hundred years should go to praise
Thine eyes and on thy forehead gaze;
Two hundred to adore each breast;
But thirty thousand to the rest.

Till a’ the seas gang dry, my dear,
And the rocks melt wi’ the sun;
I will love thee still, my dear,
While the sands o’ life shall run.

The sea him lent those bitter tears
Which at his eyes he always wears;
And from the winds the sighs he bore,
Which through his surging breast do roar.
No day he saw but that which breaks
Through frighted clouds in forkèd streaks,
While round the rattling thunder hurled,
As at the funeral of the world.

My Heart Beats for You
-Kelly Roper

One thousand stampeding bison thundering across the plains
Couldn’t drown out the sound of my heart beating for you.
Its rhythm feeds the greatest symphony ever known to man,
Yet such life-transforming love is experienced by so few.

I Wandered Lonely as a Cloud
-William Wordsworth

Continuous as the stars that shine
And twinkle on the milky way,
They stretched in a never-ending line
Along the margin of a bay:
Ten thousand I saw at a glance,
Tossing their heads in sprightly dance.

“Ah, William, we’re weary of weather,”
Said the sunflowers, shining with dew.
“Our traveling habits have tired us.
Can you give us a room with a view?”
They arranged themselves at the window
And counted the steps of the sun,
And they both took root in the carpet
Where the topaz tortoises run.

The Tantrum Felt Round the World
-Kelly Roper

When little Janie’s mother told her, “No more ice cream,”
Janie’s face turned red, and her ears began to steam.
Her body trembled harder than a huge earthquake,
And when she opened up her mouth, let there be no mistake,
She let out the most terrifying, awful shrieking scream,
The likes of which a million banshees only dared to dream.

The vibrations from this tantrum could be felt across the ground,
They shook the entire U.S. and then they traveled the whole world round.
Her hellish scream traveled on the winds to places far and wide,
And no one could escape it; there was nowhere they could hide.
But Janie’s mother wasn’t impressed with this kind of behavior.
She grounded Janie for three weeks and refused to relent or waiver. 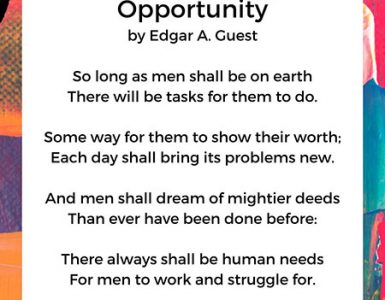 When you start to like someone so much and you can’t express it, you get anxious and want to express your heart condition in some way. In this case, Emily Dickinson Love Poems will help you which he has written...